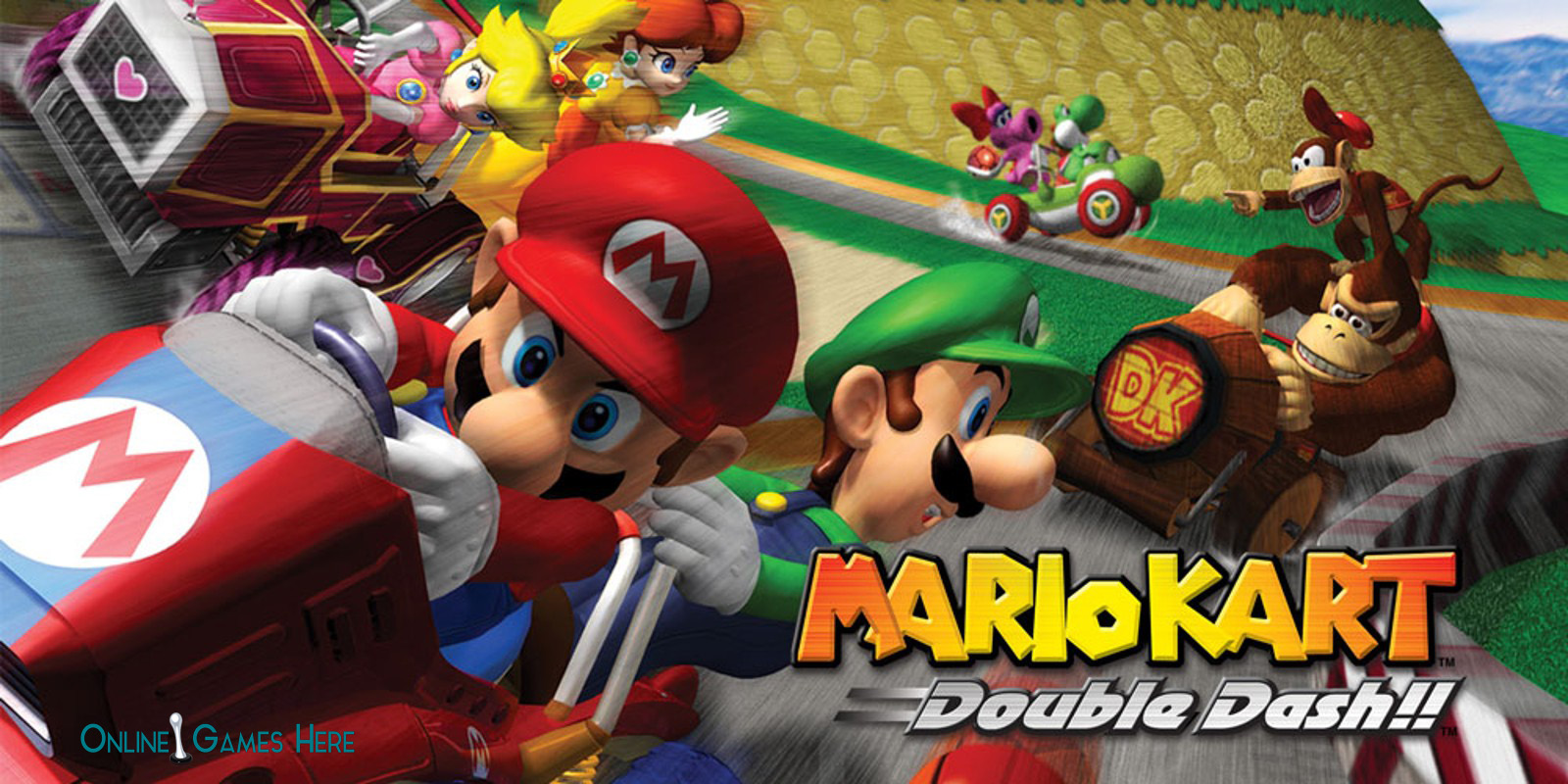 Mario Kart Double Dash is an engaging race car game that originated from the SNES game called Super Mario Kart. Other versions of this game have also been release prior to Double Dash.

This is simply the next step in the evolutionary process from its predecessors. There are not many significant changes made to Double Dash, style and feel are both indicative of the series. However two new battle modes have been add, the Shine Thief and Bob-omb Blast. In order to win Shine Thief the player must have possession of the shine when the timer goes off. The timer begins anytime a new player takes control of the shine. In order to get shine the players must attack each other then pick up shine once it has been dropped. Bob-omb Blast is a battle mode that involves only the use of bombs.

Each player can only be hit three times before they are eliminate. Every time a player is hit by a bomb they receive a point. But those points can also be remove by hitting your opponent with a bomb. If two players are equally good then it might have to end in a stale-mate. The Balloon Battle has been around since the original SNES version, but it never gets old to play. Each opponent has three balloons on their cart object of game to pop other player’s balloons before they pop yours. Whoever is left with the most balloons win`s. All three of these battle modes are very entertaining and they all come with your choice of stages. Mario Kart Double Dash comes equipped with the characters out of Mario Brother video games. Each character has a certain weight that predetermines the choice of the carts that they will use. The heavier the character the bulkier and slower the cart will be and vice versa. When choosing a cart it will let you know how fast and how sturdy the cart will be on the road. Each cart will hold two characters; a driver and a passenger. The passenger will attack the other players with the different items that are pick up from the question marks. Some of the optimal items to get are the spiny shell, red shell, mushroom, star, and thunderbolt. When you choose your two characters they also have the ability to give you special items. Nobody else can get when you grab a question mark. Mario gets fire balls, Baby Luigi gets the chain chomp, and Bowser gets the Bowser shell, etc. When deciding your characters and your carts at the beginning of the game this is something to take into consideration.

The choice of characters and all of their special items really make this game fun to play. The game is very repetitive and for some people may only keep them interested until they beat the levels. The split screen can be distracting and may give some people a bit of a headache. It is a good way to involve everyone, as long as there is no more than four in that group of everyone.